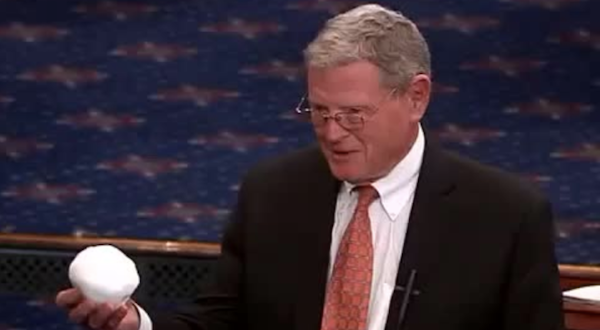 Sen. James Inhofe introduced an amendment for consideration during the immigration debate in the United States Senate, and Sen. Inhofe’s important amendment is based on S.678 – The English Language Unity Act.

Amendment #1950 “would require the federal government to use the English language when acting with binding, legal authority. The bill makes common-sense exceptions to permit the federal government’s use of other languages, such as in cases of national security, international relations and trade, tourism, public safety and health, and protecting the rights of victims.”

Sen. Inhofe stated: “My [amendment] would promote national unity by establishing English as our national language…The power of language is to unify people of all walks of life; by establishing English as the official language of our nation we will become further united. I am pleased to have taken the first steps in enabling increased communication, assimilation, and the success of those legally immigrating to the United States and working to become citizens.”

Read more at this link: https://www.inhofe.senate.gov/newsroom/press-releases/inhofe-introduces-amendments-on-immigration