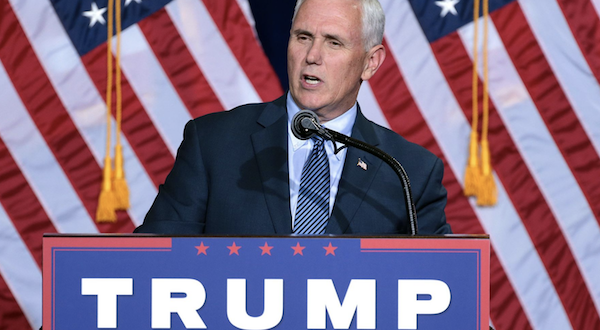 The meetings with aides to Vice President Pence focused on potential Trump administration support for the English Language Unity Act, the RAISE Act, the COST Act, and the possibility of President Trump repealing former President Clinton’s onerous Executive Order 13166 with a new Executive Order signed by the President.

Former President Clinton’s EO 13166 mandates taxpayer-funded foreign language translations for all federally-funded agencies and contractors, and it costs Americans at least $2 billion a year according to a Government Accountability Office study. A speedy repeal of EO 13166 by President Trump would have huge economic benefits and would save Americans billions of dollars a year.

Guschov and Carter also discussed with the aides to Vice President Pence the important role of cultural assimilation. When President Trump was campaigning for the White House in 2015 and 2016, he frequently remarked, “We have a country where to assimilate, you have to speak English.” As well, Vice President Pence was a loyal and strong supporter and co-sponsor of official English legislation when he was a representative from Indiana, and he co-sponsored the English Language Unity Act in five different Congresses.

ProEnglish has been greatly encouraged by all of its recent White House meetings with aides to both President Trump and Vice President Pence, and looks forward to additional meetings at the White House with more Trump-Pence administration officials in order to accelerate official English legislation and executive orders.