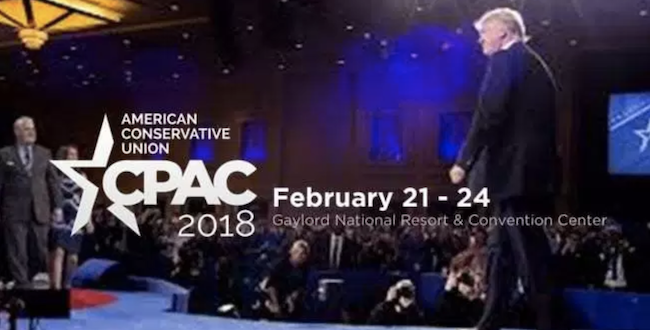 ProEnglish had a very successful time at CPAC as it engaged thousands of attendees, exhibitors, speakers, and the media on Radio Row about the urgent need for official English legislation in the United States.

ProEnglish Executive Director Stephen Guschov conducted several media interviews at CPAC, including those with the Las Vegas Review-Journal, Exceptional Conservative Network, Conservative Cartel, Talk Media News, Real Side Radio Show, and Tsarizm, an online news website which covers Russia, the former Soviet republics, and Eastern Europe, and which has noticed an impressive surge in the number of Russians and Eastern Europeans who are becoming proficient in English.

All of the media interviews at CPAC focused on ProEnglish’s recent White House meetings with aides to President Trump and Vice President Pence, as well as potential Trump administration support for the English Language Unity Act, the RAISE Act, the COST Act, and a repeal of President Clinton’s onerous Executive Order 13166 by President Trump.

The media was very surprised to learn that English was not the official language of the United States, and was very impressed by all of the recent, vigorous activity by ProEnglish at the White House and on Capitol Hill.

ProEnglish will be conducting additional media interviews soon as a result of its many new contacts at CPAC, and looks forward to continuing to spread the message about the urgent need for official English legislation in the United States at other upcoming conferences and events.