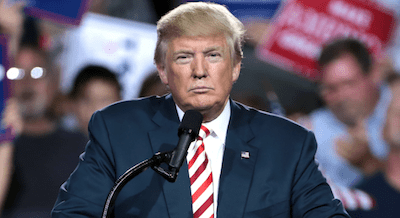 ProEnglish is pleased that President Donald Trump is backing the RAISE Act, a bill which will create a merit-based immigration system that protects American workers, taxpayers, and our economy.

The RAISE Act will create a skills-based system that rewards applicants based on their individual merits including, quite importantly, their English-language ability.

President Trump has stated in the past, “We have a country where to assimilate, you have to speak English.”

The RAISE Act reinforces this statement in a very important way by rewarding applicants based on a list of merits, and the list quite appropriately includes English-language ability.

Read more at this link:
https://www.whitehouse.gov/the-press-office/2017/08/02/president-donald-j-trump-backs-raise-act