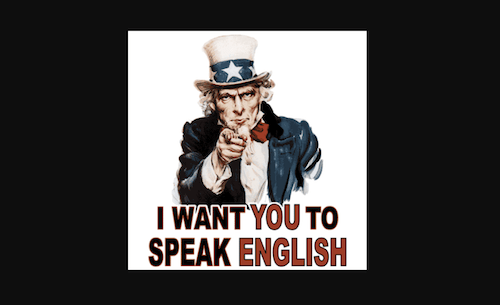 ProEnglish has been spending significant time this year promoting a new poll produced by Pulse Opinion Research and ProEnglish that shows a whopping 80% of Americans nationwide support making English the official language of the United States.

A further breakdown of the poll results shows the following:

All of these figures show overwhelming national support for official English across races, ethnicities, and political parties.

ProEnglish has been spending significant time in sharing these overwhelming poll results with Congress, the White House, and the American people, and we will continue to do so all across the nation as the 2022 midterm elections draw near.