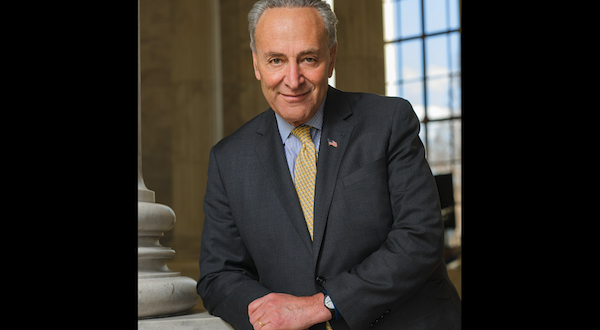 United States Senate Majority Leader Chuck Schumer (D-NY) has changed his position on Puerto Rico statehood, and he now stands opposed to such a bill.

During a recent community Zoom meeting in New York, Sen. Schumer declared his newfound opposition to a Puerto Rico statehood bill in Congress.

Sen. Schumer stated: “I don’t agree with them, I’m not going to support their [Puerto Rico] statehood bill.”

Sen. Schumer had publically supported statehood for Puerto Rico as recently as last October of 2020.

ProEnglish Board of Directors Chair Dr. Rosalie Porter has stated that “any legislative attempt by the island to become the 51st state must stipulate that English become its primary official language of the government, courts, and school system.”

Dr. Porter added: “Let’s remember that the 2011 recommendations from President Barack Obama’s Task Force on Puerto Rico’s Status says that if the U.S. commonwealth ever applies for statehood, Congress has ultimate authority over admission and English must play a central role in the daily life of the island. At a minimum, we believe a large majority must become fluent in English for statehood to be even considered.”

Accepting Puerto Rico as a new state, or any other new classification, without a specific designation of English as the primary official language of the island, would automatically transform the United States into a bilingual nation. ProEnglish believes that the U.S. should look to Canada’s experience as a bilingual nation in order to remind us of the potential risks and consequences involved, including sharp cultural and political divisions and much higher costs for government-mandated translation and interpretation services.

It will be extremely expensive for U.S. taxpayers if Puerto Rico becomes a new state in the union. This new economic burden, along with potential divisions related to cultural politics and a possible lack of assimilation, and combined with no current demand or stipulation that English become the primary official language of the government, courts, and school system on the island, all serve to make Puerto Rico’s statehood bid a very risky proposition at the present time.