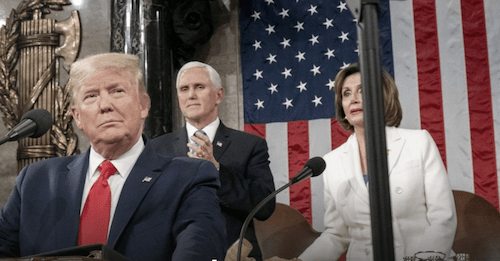 President Donald Trump backed a new, merit-based immigration system in his State of the Union address, and such a system likely would feature English language proficiency as a key component of his administration’s new immigration plan.

In his State of the Union address, President Trump stated: “[We] are working on legislation to replace our outdated and randomized immigration system with one based on merit, welcoming those who follow the rules, contribute to our economy, support themselves financially, and uphold our values.”

President Trump’s new immigration proposal would likely be similar to those used by Canada, Australia, New Zealand, and other countries, and likely would feature a points-based selection system. Immigration candidates would potentially receive points based on a wide variety of assets, including a person’s age, skill set, education, employment offers, ability to create other jobs, and English language proficiency.

The Trump administration also is advocating for a new public charge regulation by which self-sufficient immigrants who are proficient in English would be favored for green cards to permanently remain in the USA over those who are non-English speakers and reliant on welfare.

President Trump has stated in the past that “to promote integration, assimilation, and national unity, future immigrants will be required to learn English and to pass a civics exam prior to admission.”

Trump also has observed: “Through these steps, we will deliver an immigration system that respects, and even strengthens our culture, our traditions, and our values.”