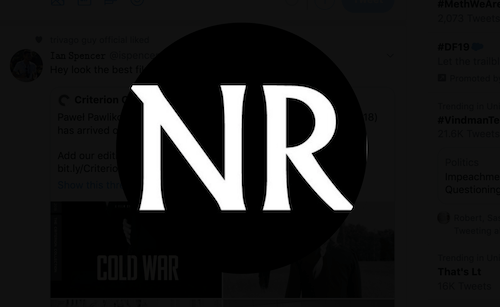 National Review editor and columnist Rich Lowry recently penned an opinion piece headlined: “Yes, The English Language Is Important.” The article included a sub-headline that read: “There’s no substitute as a source of social cohesion.”

Lowry began his column by observing: “I wouldn’t have thought the importance of the English language in America would be controversial, but our era is full of surprises.”

In Lowry’s new book entitled “The Case For Nationalism” he stated that English was a “pillar of our national identity.” Lowry made it a point of focus in his book to discuss the importance of a common language as a source of social cohesion.

Lowry observed: “Where a common language is present, it creates a cultural glue; where it isn’t, there are usually deep-seated divisions.” He cited Canada, Belgium, and Spain as examples of countries with deep-seated linguistic divisions.

Lowry summed up his very compelling National Review column by concluding: “In short, language occupies an outsized space in the cultural life of nations, and the role of English here in the United States is no different.”