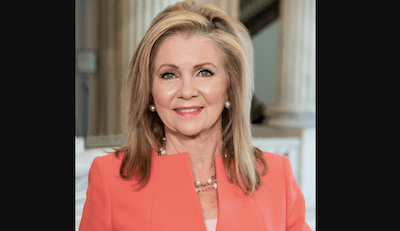 Sen. Marsha Blackburn of Tennessee told Breitbart News that she is calling for English, as the language of freedom, to be America’s official language.

Sen. Blackburn recently became a new co-sponsor of S. 678, the English Language Unity Act, as originally sponsored by Sen. James Inhofe of Oklahoma in the United States Senate. The bill would establish English as the official language for governmental operations and also would establish a uniform language requirement for the citizen naturalization process.

Sen. Blackburn stated: “As we near Independence Day, it’s important to recognize that English represents the language of freedom and should be our country’s official language. After all, our Founding Fathers wrote the Declaration of Independence and our Constitution in English. Learning English is a rite of passage for all new American citizens. One part of that process should be learning and understanding these founding documents in the language it was written.”

The Breitbart News article also recognized the role of ProEnglish as one of the nation’s leading advocates for the English language, and also detailed the 2018 Rasmussen poll sponsored by ProEnglish that found that 81% of Americans believe that English should become the official language of the United States.