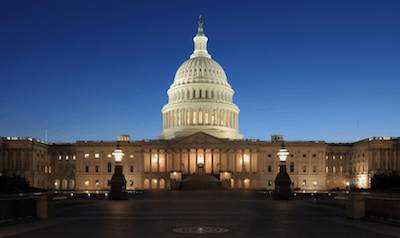 ProEnglish is very excited to announce that we will be holding our 2017 Congressional Briefing on Wednesday, Sept. 27, in the Rayburn House Office Building.

The ProEnglish 2017 Congressional Briefing will engage members of Congress and their staffs on all legislative bills and issues with regard to the adoption of English as our nation’s official language of governmental operations at all levels.

ProEnglish wishes to thank Rep. Steve King for his active involvement in bringing this important briefing to fruition on Capitol Hill.

Among the issues to be presented at the ProEnglish 2017 Congressional Briefing are:

HR 997 and S 678 – House and Senate bills which are also known as The English Language Unity Act of 2017. We are very pleased to tell you that support for our bills keeps growing every week!

HR 997 was authored by Rep. Steve King. The bill designates English as the nation’s official language of governmental operations and establishes a uniform language requirement for the citizen naturalization process. Rep. King has also made some very significant floor remarks in Congress on behalf of HR 997.

HR 997 already has the support of 57 members of the House of Representatives, and hopefully more co-sponsors will come on board very soon.

The Senate companion bill to HR 997, which is labeled S 678, was introduced by Sen. James Inhofe and already has 6 supporters in the Senate, and hopefully more co-sponsors will come on board very soon.

The passage of official English legislation in HR 997 and S 678 will save Americans billions of dollars in current translation costs and will encourage cultural and linguistic assimilation by new arrivals to our nation.

ProEnglish also is urging Congress to pass the RAISE Act in the Senate, as sponsored by Sen. Tom Cotton and Sen. David Perdue, and also to pass its House companion bill, which is known as the Immigration in the National Interest Act, as sponsored by Rep. Lamar Smith. The RAISE Act will establish a point-based system that will help select skilled immigrants who have the most to offer to this nation, and applicants will earn points based on their ability to be proficient in English.

ProEnglish also is engaging President Donald Trump to repeal Executive Order 13166, as signed by former President Bill Clinton, which requires every federal agency and every recipient of any federal funds to provide translation services, interpreters, and documents in any foreign language which is requested. It is an onerous Executive Order, and it must be repealed by President Trump as soon as possible.

As you can see, ProEnglish will have a lot to discuss at its 2017 Congressional Briefing!

Please join forces and support ProEnglish today as we seek to persuade Congress to pass official English legislation at our 2017 Congressional Briefing!