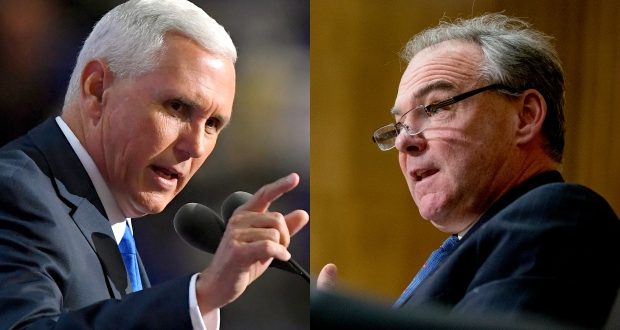 Washington D.C. – The Vice-Presidential candidates (R) Gov. Mike Pence of Indiana and Senator (D) Tim Kaine of Virginia are set to debate on Tuesday, October 4th in the first and only V.P. debate of the 2016 election cycle.

Both candidates have had long careers in government. Tim Kaine was formerly the Governor and Lt. Governor of the Commonwealth of Virginia. He also served as Mayor of Richmond, Virginia and was chairman of the Democratic National Committee.

Mike Pence served in Congress for six terms, including a his role as Chairman of the House Republican conference. Pence has also served as Governor of Indiana since 2013.

However, only one candidate has been a staunch supporter of making English our official language. Governor Pence is a longtime advocate of official English; as a former Congressman, he cosponsored H.R. 997 five times. (A bill to make English the official language of the federal government)

Governor Pence recently reiterated his support for official English to ProEnglish Executive Director Sam Pimm in an exclusive meeting, explaining that, “speaking English is the key to assimilation and achieving the American dream.”

Tim Kaine’s record on English leaves much to be desired. As Senator, Kaine has yet to cosponsor Senator Jim Inhofe’s English Language Unity Act, which has been introduced three times since Senator Kaine took office in 2013. Tim Kaine also took no action to adopt official English to the Democratic National Committee’s platform during his tenure as Chairman of the DNC.