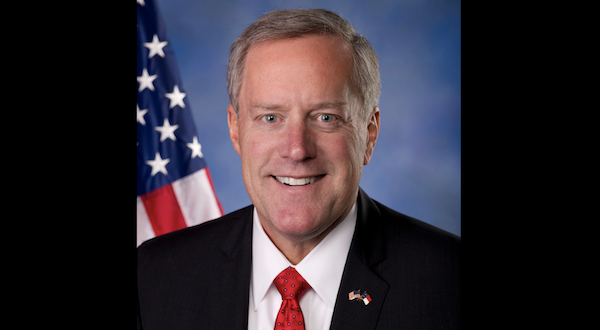 Meadows served as a member of Congress from the 11th District of North Carolina from 2013-2020. He also was the chairman of the House Freedom Caucus.

During his time in Congress, Meadows was a faithful supporter of the English Language Unity Act (H.R. 997). ProEnglish had several meetings with former Rep. Meadows and various members of his staff during his congressional tenure.

Now that Meadows is in the White House as the new Chief of Staff to President Trump, ProEnglish looks forward to further engagement with him as we continue to advocate for passage of the English Language Unity Act in Congress, as well as a new Executive Order to be signed by President Trump that would effectively repeal and replace former President Clinton’s onerous Executive Order 13166.