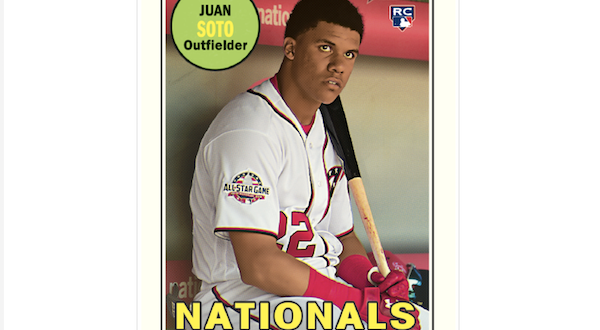 The Washington Nationals won the 2019 World Series and Juan Soto, the club’s 21-year-old superstar outfielder, played a major role as the Nationals became world champions for the very first time while Soto was immersing himself in learning the English language.

Juan Soto was born in the Dominican Republic. He signed with the Nationals in 2015. He joined the Nationals’ Dominican Academy and immediately began to immerse himself in English by using the Rosetta Stone language-learning software lessons. He initially practiced English for one hour a day, five days a week. After the Academy, Soto joined the Nationals’ Class A affiliate, the Hagerstown Suns. He met Suns catcher Tres Barrera, who was born in Texas to Mexican parents. Soto told Barrera that he only wanted the two of them to converse in English.

Barrera told the Washington Post that he remembered how Soto would go to a McDonald’s near the ballpark every day to practice his English by ordering from the menu. When Soto was called up to the Nationals, he told manager Dave Martinez, “No Spanish, only English.”

Soto now conducts his media interviews in English. Johnny Dipuglia, the Nationals’ head of international operations, stated, “His English has gotten so good in such a short period of time. It’s a special talent. That’s what makes him a star.”

Soto himself recalled the role that his mother played in his English lessons. “I remember her telling me that if I wanted to be a star I had to know the language in the country I wanted to play in,” he reflected. “She was right. Moms always are!”