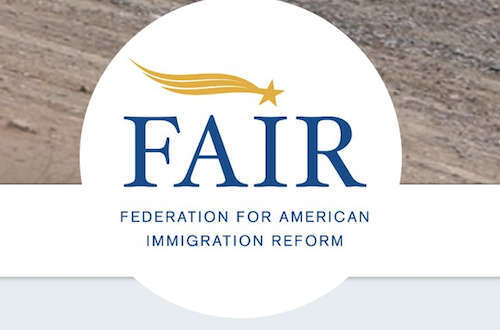 ProEnglish participated in the recent Federation for American Immigration Reform (FAIR) “Hold Their Feet to the Fire” Radio Row in Washington, and engaged media from all across the nation about the urgent need for official English legislation to adopt English as the official language at all levels of government.

ProEnglish Executive Director Stephen Guschov and Director of Government Relations Dan Carter conducted several interviews with radio stations from all across the nation at the event, including stations located in Alabama, California, Delaware, Indiana, Nevada, Oregon, Pennsylvania (multiple stations), South Carolina, Texas, and Virginia. They discussed a variety of issues, including the push for passage of the English Language Unity Act in Congress, White House engagement for a new Executive Order on official English to be signed by President Trump, official English legislation at the state level, the importance of cultural and linguistic assimilation by immigrants in the United States, and the Rasmussen Reports poll that showed that 81% of Americans support making English the official language of the USA.

ProEnglish also met with several members of Congress at the FAIR Radio Row event in order to recruit more co-sponsors of the English Language Unity Act in the U.S. House of Representatives and the U.S. Senate.

The FAIR Radio Row event was a great success for ProEnglish in the engagement of media from all across the United States about the importance of defending English’s historic role as America’s common, unifying language, and adopting English as the official language at all levels of government.