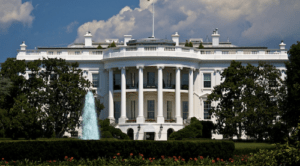 President Trump recently stated that “to promote integration, assimilation, and national unity, future immigrants will be required to learn English and to pass a civics exam prior to admission” as part of his new immigration proposal. As well, Vice President Pence was a co-sponsor of the English Language Unity Act on five occasions when he was a member of Congress from Indiana.

ProEnglish greatly appreciates these multiple White House meetings, and will continue to work closely with the White House to advocate for more official English legislation and new Executive Orders.