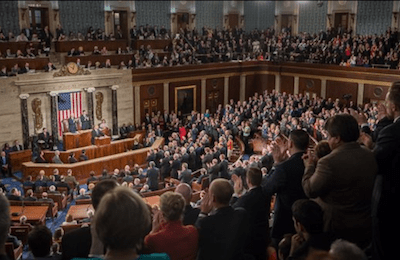 The briefing room was filled as ProEnglish Executive Director Stephen Guschov and ProEnglish Director of Government Relations Dan Carter engaged all attendees with a substantive presentation about official English legislation, including the English Language Unity Act, the RAISE Act, the repeal of Executive Order 13166, and other official English legislation across the nation.

Guschov and Carter were joined by Suanne Edmiston, Legislative Counsel to Rep. Steve King. Edmiston gave the attendees a very timely update about HR 997, the English Language Unity Act, which was authored by Rep. King, who has also made some very compelling floor remarks about the official English bill.

ProEnglish hopes to hold another Congressional Briefing early in 2018. The briefing is an excellent way to directly engage Congress about the importance of passing official English legislation as quickly as possible.