H.R. 997, The English Language Unity Act of 2017 is gaining new cosponsors weekly, with three more representatives in Congress cosponsoring the official English bill this past week! 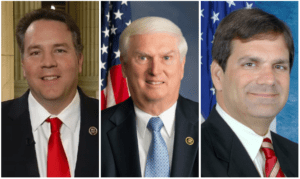 H.R. 997, The English Language Unity Act of 2017 now has 43 cosponsors, with the author of the bill, Rep. Steve King, the official English bill has 44 sponsors in Congress.