Californian Assemblywoman Melissa A. Melendez recently sent this letter on behalf of ProEnglish to tens of thousands of California voters, urging them to defeat Proposition 58, and support ProEnglish in our efforts. 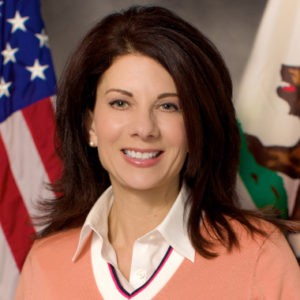 On November 8, California voters will decide whether millions of non-English speaking youth in California will lose the best chance they have at learning English. That’s because a highly controversial proposal is on the ballot in California that would strip them of the opportunity to learn English under a proven method: English immersion.

The proposal they be voting on is Proposition 58, also known as the California Multilingual Education Act. Prop 58 repeals a popular ballot proposal that was overwhelmingly approved by the voters in 1998 called Prop 227, the English for the Children Act.

If Prop 58 passes, California’s youth will no longer learn English in an English-immersion setting. Instead, they’ll be forced to sit through multilingual programs that will slow their progress and dim their prospects for decent careers in the future.

And that’s not all. Because there will be multilingual courses, the state of California will need to hire an estimated 20,000 new teachers in order to meet the demand. This will cost the taxpayers of California millions of extra dollars. We must stop so-called “bilingual education” in California before it spreads to the rest of the country.

The advocates of Prop 58 in California are spreading lies about English immersion to trick voters into supporting their cause. For instance, they’ll tell you that multilingual programs are popular. But we know they’re not. They’ll tell you that English immersion keeps children from having a multilingual educational experience, which is blatantly false (under the current system, parents may obtain a waiver for their children to learn in their own language).

You can rest assured that ProEnglish will be on the front lines, keeping you informed of the need to preserve English immersion.

English truly is the glue that binds us together as a nation. Please stand with ProEnglish as we protect that bond at this critical moment in history.

P.S. ProEnglish is on the front lines in California to preserve English immersion. If we lose this battle, then we risk eroding the very language that binds us together as a nation – and bilingual education could spread across America. Please help ProEnglish carry on the fight by making a tax-deductible gift of $10, $25, or $50.