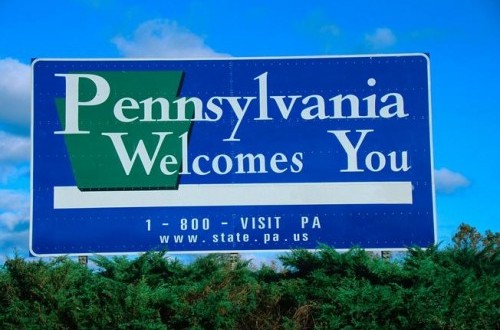 West Virginia, in an effort to foster better communication and concerned with the growing cost of multilingualism, recently became the 32nd state to designate English as the official language of its government bodies.

Pennsylvania ought to be the next in line.

Official English laws specify that although state governments can use other languages for common-sense reasons ranging from promoting tourism and trade to protecting public safety when translators are needed, whenever it acts in an official capacity it must do so in English.

Furthermore, a large majority of the American people favor making English the official language, according to various polls in recent years.

In light of this overwhelming national sentiment, it is commendable that state Rep. Ryan Warner, R- Fayette, introduced legislation that would make English the official language of the Commonwealth of Pennsylvania.

Just last year I was gratified to testify before the Committee on State Government on behalf of passage.

At the time I emphasized that English as the official language does not mean “English only.”

Without public policies that reinforce the ties that unite us, our diversity will become our nation’s undoing.
Warner’s legislation stipulates that for state government and its entities to act legally, it must communicate in English and that no one has a right to demand taxpayer-funded services or documents in any other language.

The current state of affairs, where some foreign languages are accommodated and some are not, is discriminatory.

The only way to make it non-discriminatory in the area of government is to communicate in one unifying tongue — English— to avoid the all-too-common practice of favoring a select few immigrant languages over others.

States (as well as the federal government) need to respond to the alarming disconnect that undermines our traditional process of assimilation.

In order to become a citizen, you must prove you are proficient in the English language.

Yet because government and business are all too often focused on removing incentives for immigrants to learn English, linguistic ghettos are being formed.

Indeed, one sure way to stop the government drift toward multilingualism– and avoid the costs and conflicts that beset societies divided by language– is to adopt official English.

The vast amount of state taxpayer dollars spent providing services and publications in other languages is increasingly out of control.

Without defined policies on language, all too many states have even sacrificed public safety by allowing driver’s license tests to be taken in various foreign languages.

Warner already has 24 co-sponsors for this legislation.

There are naturally many important bills to consider during the legislative session, but this should merit special consideration.

Speaking English is the essential foundation of the melting pot tradition that Pennsylvanians and Americans have valued for generations.

In fact, learning to speak English is almost a guarantee that immigrants will increase their earning power and really have a chance at pursuing the American dream.

The late distinguished chair of the U.S. Commission on Immigration Reform, U.S. Rep. Barbara Jordan, reinforced the critical importance of preserving our common language when she declared: “Cultural and religious diversity does not pose a threat to the national interest as long as public policies insure civic unity.”

Surely the majority of Pennsylvanians would agree with that sentiment.

Yes, every American should be proud of their national origin, ethnicity, native language and customs.

But without public policies that reinforce the ties that unite us, our diversity will become our nation’s undoing.