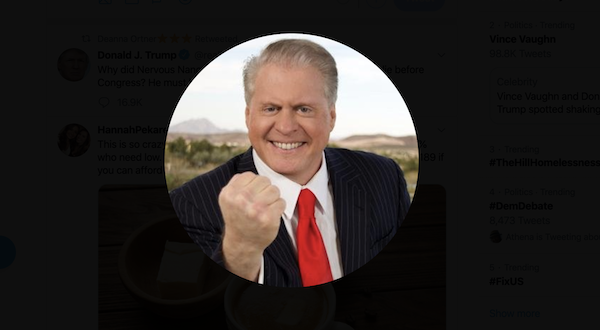 Wayne Allyn Root is the well-known host of “The Wayne Allyn Root Show” on Newsmax TV. He is also a Newsmax columnist and a nationally-syndicated radio talk show host. In 2008 Root was the Libertarian Party’s nominee for Vice President.

Recently Root wrote a column for Newsmax in which he advocated for a new Executive Order to be signed by President Trump that would make English the only language of voting.