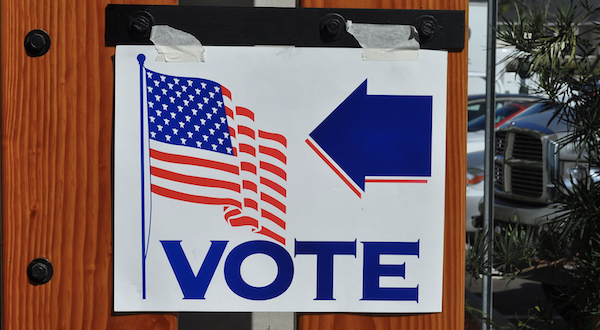 The 2018 mid-term elections are right around the corner, and ProEnglish has been diligently visiting the offices of countless senators and representatives on Capitol Hill, and also meeting with new candidates from all across the nation, in an effort to continue to build support for H.R. 997 and S. 678 – The English Language Unity Act.

HR 997 was sponsored by Rep. Steve King of Iowa. The bill designates English as the nation’s official language of governmental operations and establishes a uniform language requirement for the citizen naturalization process. Rep. King made some very significant floor remarks in Congress on behalf of H.R. 997, and he also spoke at the ProEnglish Congressional Briefing back in June.

H.R. 997 currently has the support of 73 members of the U.S. House of Representatives on Capitol Hill.

The Senate companion bill to H.R. 997, which is labeled S. 678, was sponsored by Sen. James Inhofe of Oklahoma and currently has 7 supporters in the U.S. Senate.

ProEnglish also is urging senators on Capitol Hill to support the RAISE Act, as sponsored by Sen. David Perdue of Georgia and Sen. Tom Cotton of Arkansas. The RAISE Act will establish a point-based system that will help select skilled immigrants who have the most to offer to this nation, and applicants will earn points in part based on their proficiency in English.

Please support ProEnglish as we seek to pass H.R. 997, S. 678, the RAISE Act, and as we seek a repeal of EO 13166, and as we work to add to the list of states passing official English legislation all across the nation. There is much to do, and we urgently need you to hold all candidates’ feet to the fire about their support of official English legislation at all levels!