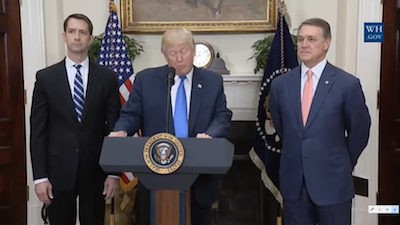 Federal officials will likely reject legal migrants’ requests for visas or green cards if they cannot speak English, according to a draft regulation from President Donald Trump’s Department of Homeland Security.

“English language proficiency is a skill that also is relevant in determining whether an alien is likely to become a public charge in the future,” said the draft “public charge” regulation. The regulation is intended to help officials exclude migrants who will likely rely on American taxpayers for their health care, welfare, housing, and wages.

The draft regulation stated: “People with the lowest English speaking ability tend to have the lowest employment rate, lowest rate of full-time employment, and lowest median earnings. According to U.S. Census Bureau data, people who spoke a language other than English at home were less likely to be employed, and less likely to find full-time work, when employed.”

The draft regulation also noted that people who cannot speak English are more likely to rely on welfare.