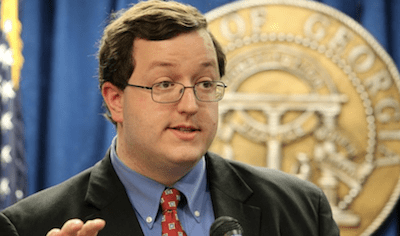 State Sen. Josh McKoon will again introduce a constitutional amendment in Georgia to provide “that official state actions be in English” and “to prohibit…any language other than English be used in any documents, regulations, orders, transactions, proceedings, meetings, programs or publications” as well as “to prohibit discrimination, penalties or other limits on participation against persons who speak only English.”

This official English amendment passed the Georgia state Senate in March of 2016 by a 2/3 vote, but later stalled in the Georgia House of Representatives.