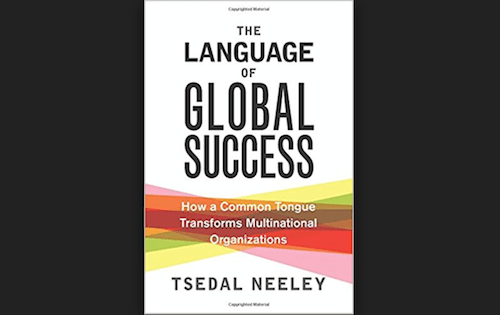 Melanie Kirkpatrick of The Wall Street Journal recently reviewed a new book authored by Tsedal Neeley, a professor at Harvard Business School, and entitled “The Language Of Global Success: How A Common Tongue Transforms Multinational Organizations.”

In the book, Neeley describes how on March 1, 2010, Hiroshi Mikitani, chief executive of Japanese e-commerce powerhouse Rakuten, addressed the company’s 10,000 employees via a video link and told them that Rakuten was becoming an English-only company, and that all employees had two years to pass the Test of English for International Communication or face demotion or dismissal.

Neeley explains in the book how Rakuten management continually stressed to its workers why English was vital to the company’s success, and the company provided intensive English language classes to its employees during the workday.

The English language program helped Rakuten become globally competitive, and it even expanded its international operations into the United States.

Neeley’s book provides a sterling example of how even a Japanese company understood the great importance of learning the English language.